Lots has Happened (or How 8 Months Just Drifts By)

I haven’t written a blog post since December 2021, which is crazy because a lot has happened since then. I’ve been thinking about another post for the last few days, but I’m struggling with where to start.

But first, we are now living on the boat full-time at Richmond Yacht Club. Through some divine intervention, we did get legal liveaboard status early this year, much sooner than we thought we would. We were in the middle of boat projects when it happened, and there was no way we could move onto the boat at that point.

To recount the last 8 months in quick bullet order:

We finally moved aboard full time on June 27, 2022, amidst the end of a battery upgrade project and 5 days before we departed for Europe to our new-to-us boat in The Netherlands (another post to come on that).

As of this writing, we’ve been aboard for 2 weeks now and heading into the 3rd week. I have been asked if I’m good with this lifestyle, and I am… it’s simple, quiet, pleasant. I don’t miss the space we had before, and I’ve set up “office” on the nav station. It’s intimate and you certainly have to be able to get along well with the person you live on the boat with, and we do get along great. (Truth be told, David and I did have a couple of issues, but we fixed them. I think it’s near impossible for that must adjustment in such a short time and not have some upheaval in your relationship.)

When I wake up in the morning, the cool breeze of the water comes through the hatch. I poke my head out of the companionway to take the dog for a walk, and the first thing I see is water off of our “back porch.” On those afternoons where it’s beautiful outside, we can sit in the cockpit and read and have dinner out there.

I’ve learned I just don’t need a lot to be happy. Frankly, I don’t think anyone does, but that’s just not the way the world works! 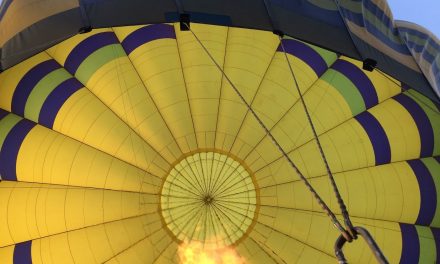 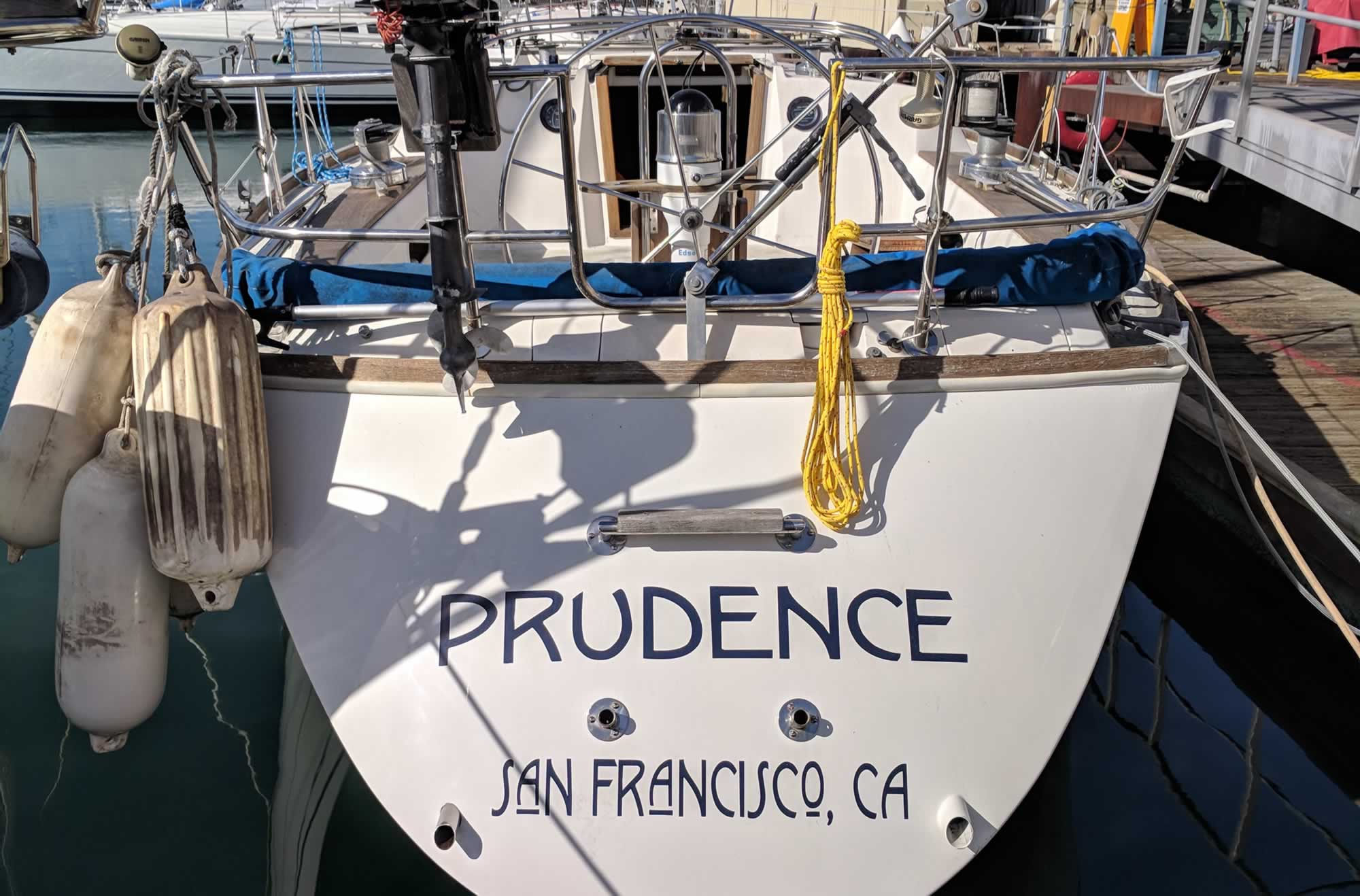 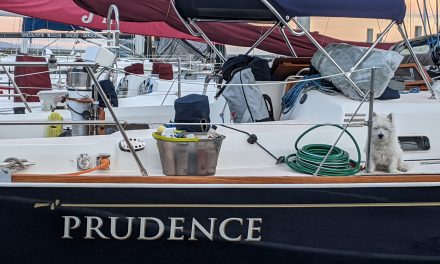